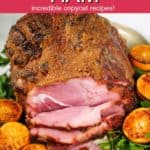 Nothing says special family dinner like this delish Honey Baked Ham recipe. For Sunday dinners, holiday celebrations or family get togethers, this will be your favorite ham glaze recipe. 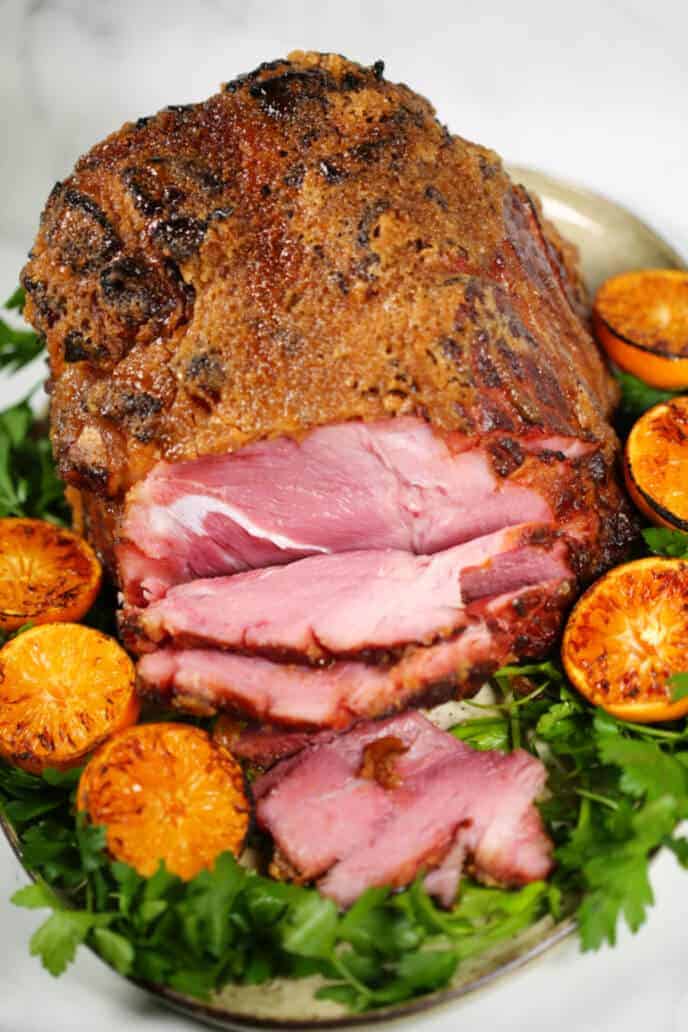 If you close your eyes, you can see and smell this ham in your mind. You will be able to remember all the special times that you had with your family and friends around the dinner table and you will want to make this delicious Holiday Ham Recipe every chance you get.

Why This Honey Baked Ham Recipe is the Best Glazed Ham?

This ham is a winner because of the amazing glaze. The combination of the spices, butter, brown sugar and honey create a melt in your mouth experience that can’t miss. What is a Honey Baked Ham? Here is more information.

How to Make this Honey Baked Ham – Step by Step 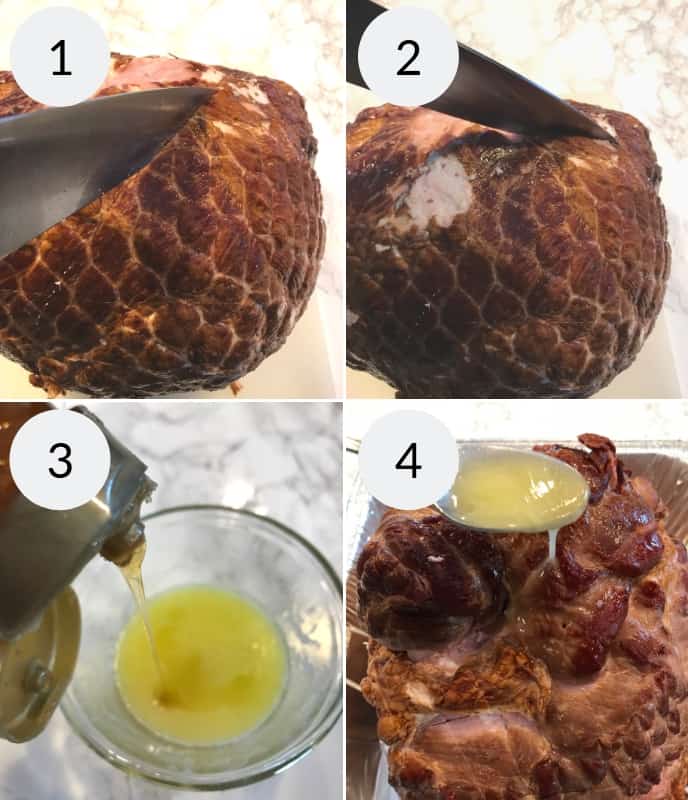 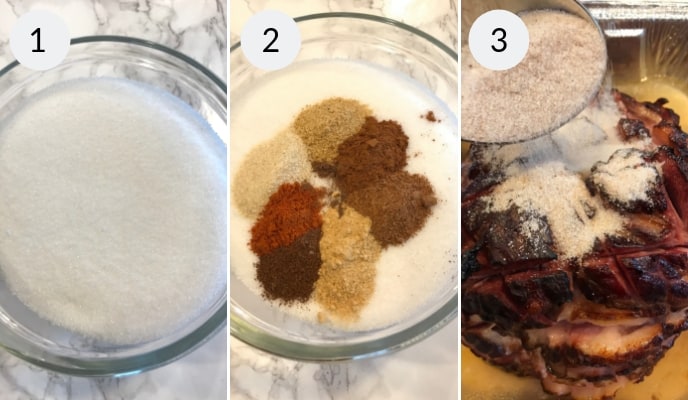 Step One: Meanwhile, in a small sauce pan, add remaining sugar mixture to the pan juices. (Photo 1 below)
Step Two: Bring glaze to a boil. (Photo 2 below)
Step Three: Then remove the glaze from the heat and spoon over the ham. (Photo 3 below)1-2 paragraphs (2-3
Step Four: Finally, broil for an additional 1 to 2 minutes. Watching that the glaze doesn’t burn. Then remove from the oven and let stand for 5 to 10 minutes and serve. (Photo 4 below) 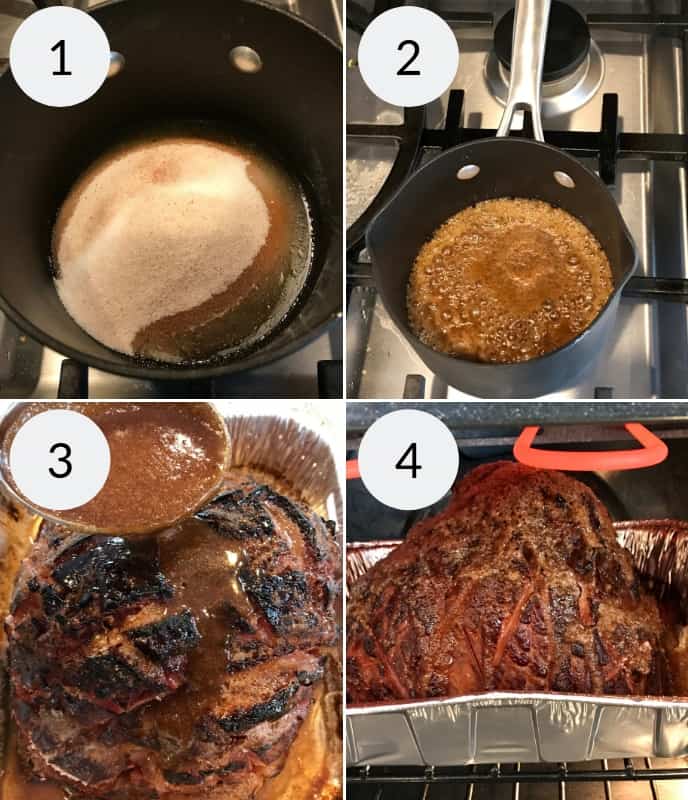 For special occasions I love to use a bone in ham. A boneless ham is easier to slice. But most boneless hams aren’t really whole hams, they’re pieces of ham jelled together and canned.  A bone-in ham has more flavor and adds more moisture to the meat. Here  you can find the best way to cook a ham.

What is the Best Way to Carve a Bone in Ham?

Carving a ham on the bone can sometimes be intimidating. Especially, when you are trying to serve it for a special occasion. Here you can find some handy tips and tricks on how to make the job much easier. 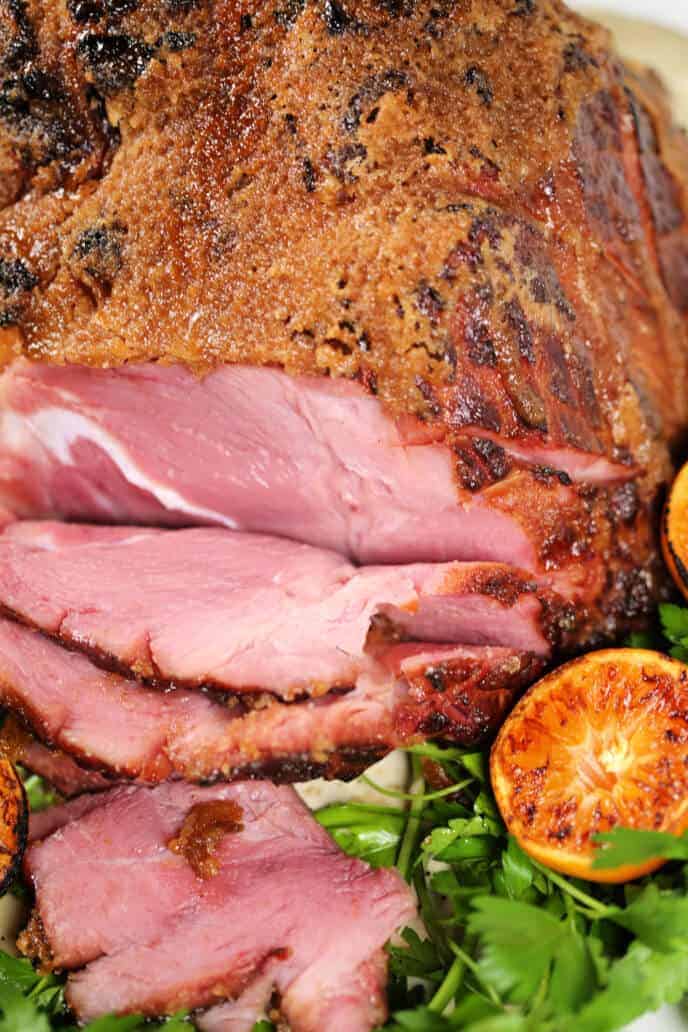 Looking for more?  Check out all of the Easter Recipes on It Is a Keeper.

Recipes You May Have Missed 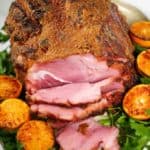