I love this rustic apple tart because it’s so forgiving. You don’t need to fuss about it. It has quickly become one of my favorite easy desserts. 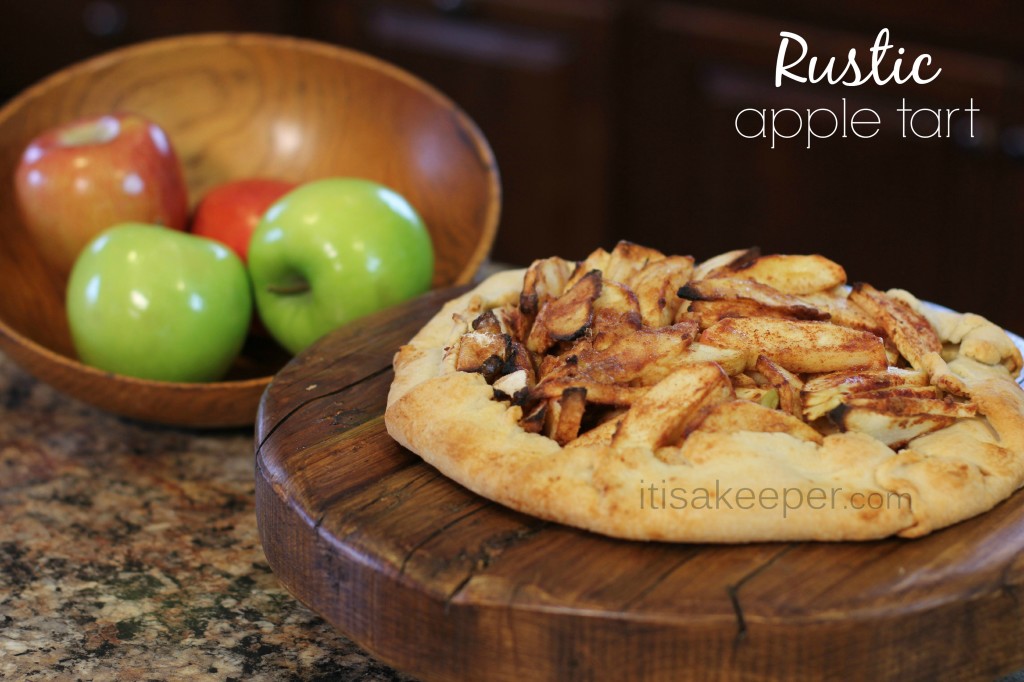 Jackie from WNEP’s Home & Backyard recently gave me a challenge. Come up with a recipe inspired by the 17th century for an upcoming episode.

I immediately started researching colonial recipes. Just what did the early colonists eat back in the 1600’s? One thing that kept coming up were pies. They ate a lot of pies. Meat pies. Veggie pies. Fruit pies. The reason being, they were easy to eat and they were baked in their own vessel — the pie shell.

I decided I would make a Rustic Apple Tart for the segment. I learned a lot from my research. Here were some interesting facts I learned about the 17th century:

Interesting, right?  I thought so.

I took the concept of a rustic apple tart and modernized it a but.  I traded the saffron, cloves and rosewater for brown sugar, cinnamon and nutmeg.  And, I made the crust light and flaky, so you could eat it.  Jackie and I had a great time making these Rustic Apple Tarts.  They really are easy desserts to whip up.

For more recipe inspiration, be sure to check out these pages on It’s a Keeper: