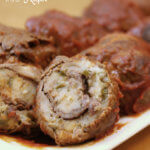 This Braciole recipe is a traditional Italian recipe of beef that is stuffed and braised in tomato sauce. It’s pure Italian comfort food.  Continue reading to learn how to make Braciole. 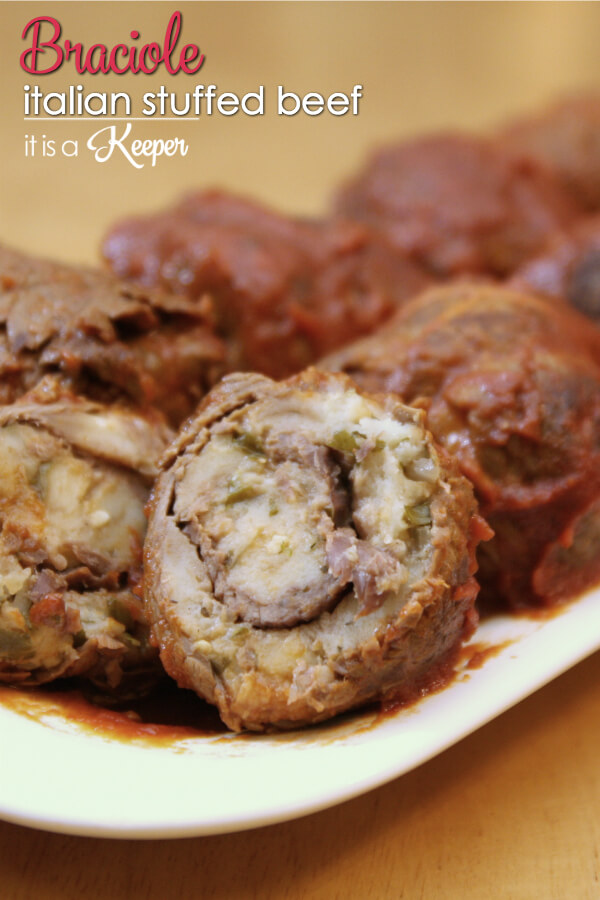 This time of the year is very special to me. October 20 was my father’s birthday. Well, it may have been the 21st, but that’s a story for another blog post.

My dad’s favorite meal was braciole (pronouced: brah-joel). One day we were talking and he mentioned that his mother used to make it for him. According to him, she made the best braciole. Tender rolls of thinly sliced beef filled with homemade stuffing and braised all day in her homemade sauce.

It’s the way things were done back them. Dinner took all day to make and those that made it did so with love.

My dad wished out loud that he could have his mother’s braciole again. That’s when I set out on a quest to recreate my grandmother’s recipe. However, the only thing I had to go on were my father’s 25 year old memories.

Much like most things my grandmother made, her braciole was one of those dishes that had no recipe and no instructions.

I made several versions, tweaking the recipe as I went along, until I finally had it. A braciole recipe that was so good, it’s no wonder my dad had been dreaming of this dish for 25 years. 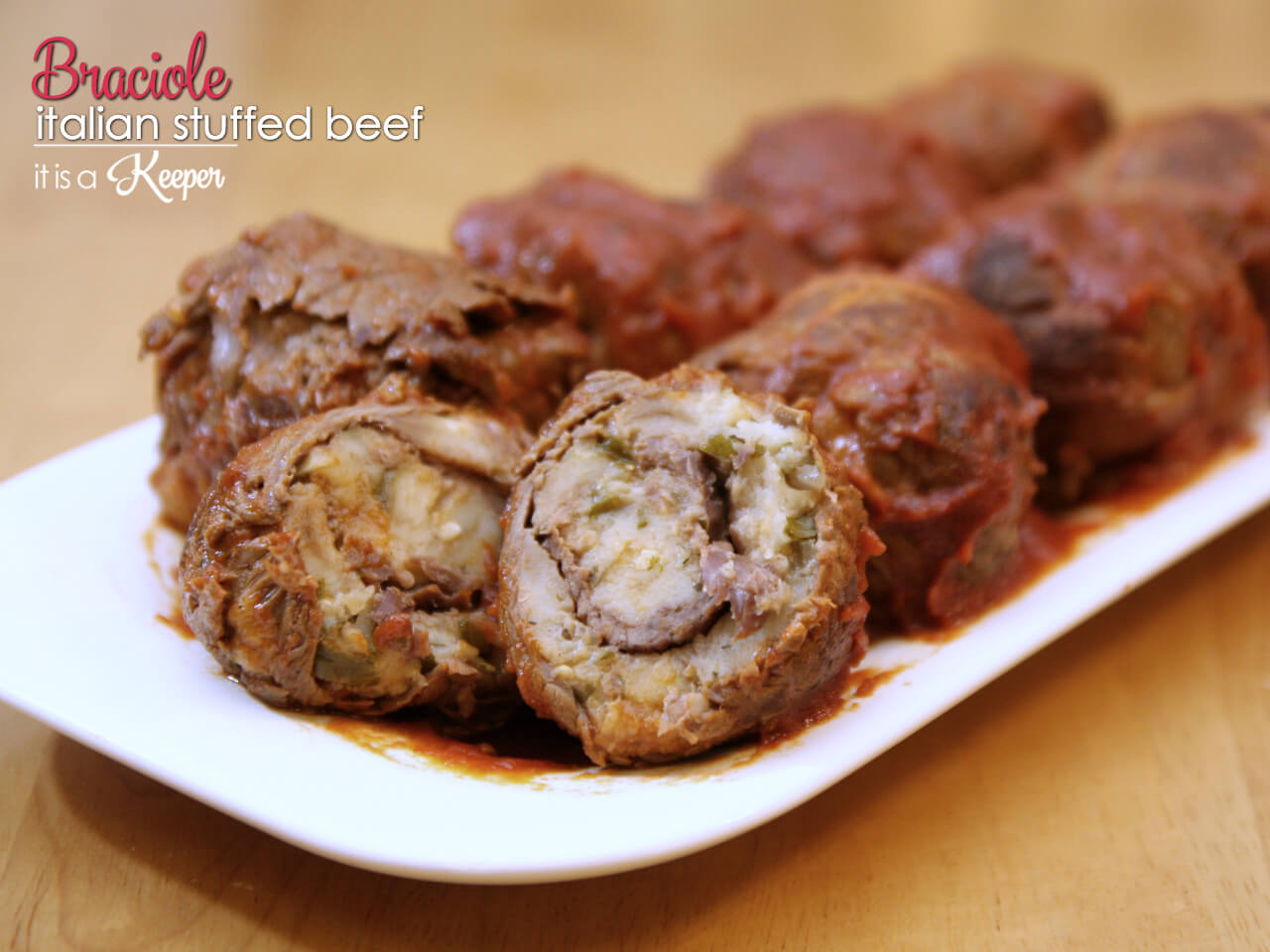 My father passed away in 2013. And, even though he’s not with us, I still like to celebrate him by making his favorite meal. It’s a small way that I can continue to honor his memory and celebrate the memories that we have of him. 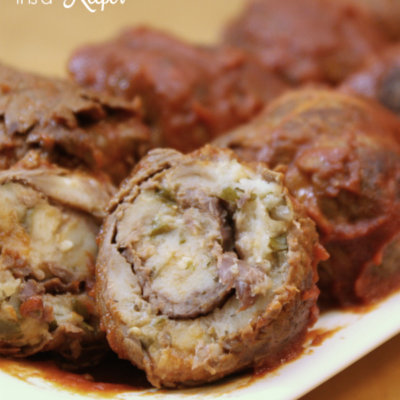 Note 1: For a variation on this recipe, you can use a slice of proscuitto, ½ slice of provolone cheese and a teaspoonful of ricotta cheese in lieu of the bread filling. Note 2: This is one of those meals that I make in large batches. I find it's just as easy to double the recipe and freeze some rather than only making a single serving.