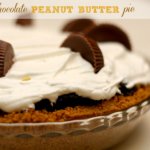 Nothing says “PARTY!” like this chocolate peanut butter pie!  It’s one of my favorite easy dessert recipes.

I whipped one up tonight for my son’s 4th birthday party that we’re having tomorrow.  We’ll definitely have the traditional cake and ice cream, but if I know my guests correctly, they will be expecting this divine pie, laced with lots of chopped up Reese’s Peanut Butter Cups! 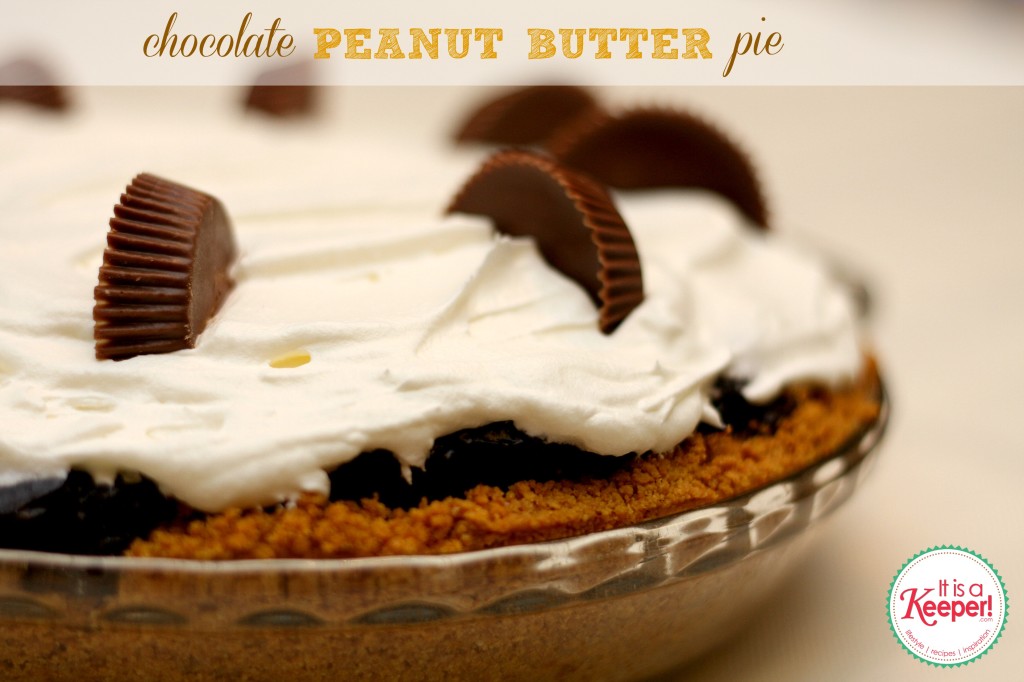 This Chocolate Peanut Butter Pie is THE recipe that I am asked to make for every single family gathering.  Every single one!

I’ve made these pies so many times that I don’t even need to look at the recipe any more.  And, since I’m usually making at least two of them at once, I usually have a little assembly line going.

It’s one of those easy dessert recipes that is just so easy to make.

TIP:  Use a store-bought graham cracker crust to speed up the assembly of the pie.  You might even want to try different flavors, such as a chocolate cookie crust! 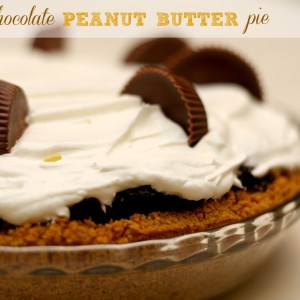