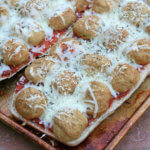 This Meatball French Bread Pizza is a family favorite.  It’s ready in under 20 minutes and is easy to make ahead of time too.

Lately, my little brood has been clamoring for pizza but I have not had the energy to make pizza.  My little guy is 3 months old now and I’m just barely feeling like a semi-normal human being but making pizza has just been too much.  While trying to appease the masses I realized we hadn’t done french bread pizzas in forever.

French bread pizzas are the perfect way to speed up the time it takes to make pizza! I can’t believe I had forgotten all about french bread.  I feel like I should begin an ode to french bread but that might be a bit much. French bread is good for so many things like Sausage Stromboli Sandwiches or Cinnamon Roll French Toast Bake, or you know pizza! 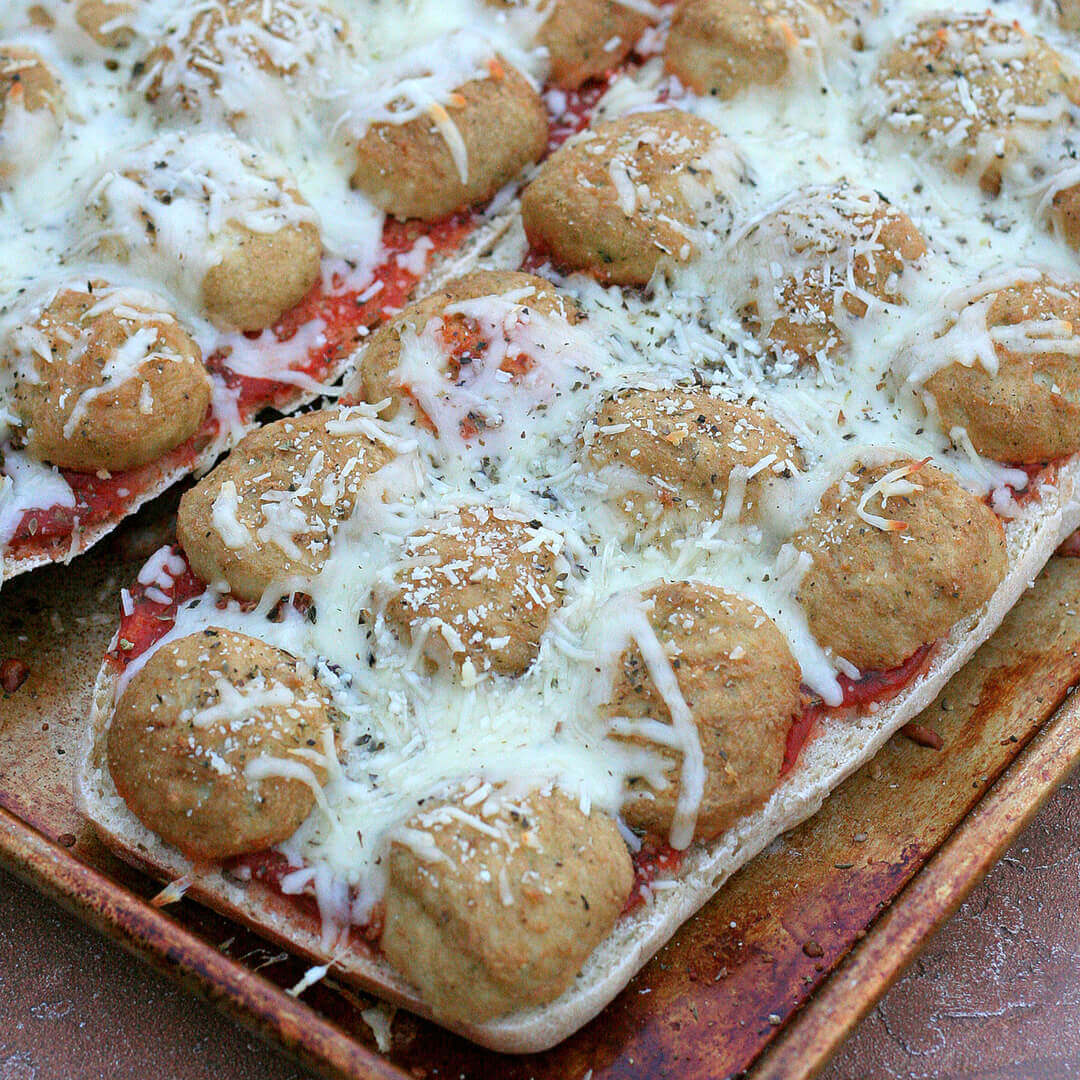 I used frozen turkey meatballs that I snagged once from Costco.  When I feel up to it I make my own meatballs but I liked the neutral flavor of these ones so I could use them for Sweet and Sour Meatballs as well.  Versatility is important my friends!

I halved them because otherwise, the pizza would have been impossible to eat.  As it was my 5 years old was complaining his mouth wasn’t big enough to eat it.  His mouth is sure big enough for too many other things though 😉

This is also a fantastic recipe to make with kids because it is so basic.  Only assembling, nothing complicated.  I try to get my kids to come and help me as often as I can in the kitchen to keep them excited about food.  It’s done wonders for my picky eater and forgetting them both to try new foods.

Looking for more?  Check out all of the quick easy recipes for dinner on It Is a Keeper. 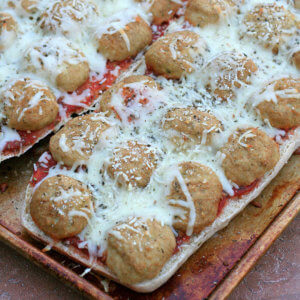